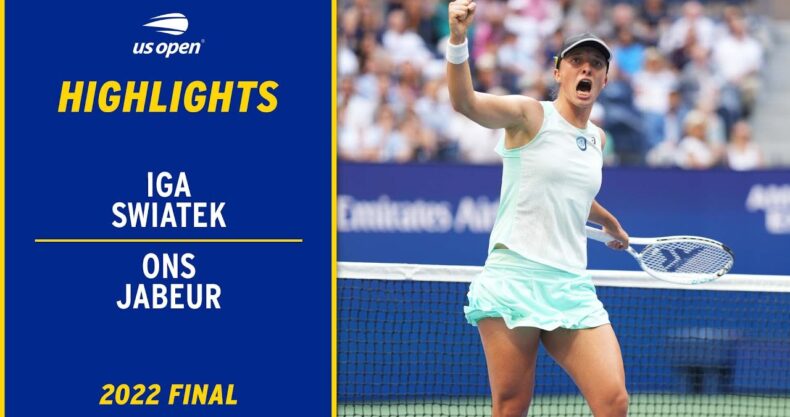 Watch the highlights between Iga Swiatek and Ons Jabeur in the final of the 2022 US Open.