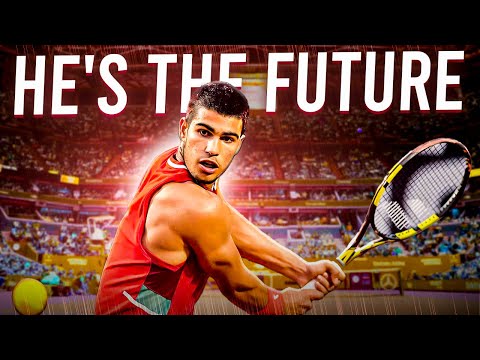 How Good Is Carlos Alcaraz, Really?…

How Good Is Carlos Alcaraz, Really?…
Carlos Alcaraz Garfia is a wonderkid born in Murcia, Spain in 2003. His father, Carlos was a tennis academy director at Real Sociedad Club de Campo de Murcia and was once ranked in Spain’s top 40, so it was only kinda natural that Alcaraz would take a liking to the sport.
At the age of 4, Alcaraz was already playing tennis. He grew up looking up to his idols, Roger Federer and Rafael Nadal. By 2018, he had joined the academy of a former world number one – Juan Carlos Ferrero. It would be the start of a beautiful partnership. But just before we talk about how far this partnership has gotten Alcaraz, let’s go over some predictions from legends and fellow players on Alcaraz.

Inspired by How Good Was Andre Agassi Actually?

Inspired by How Good Was Michael Chang Actually?

Inspired by How Good Was Pete Sampras Actually?

For copyright matters relating to our channel please contact us directly at : luxurypluschannel@gmail.com