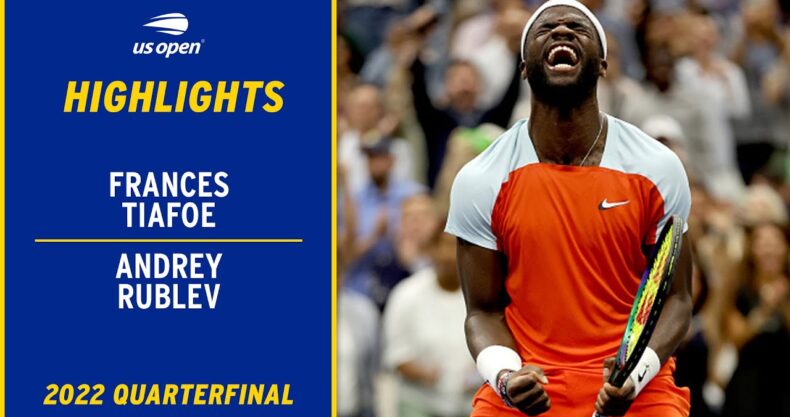 Watch the highlights between Andrey Rublev and Frances Tiafoe in the quarterfinals of the 2022 US Open.