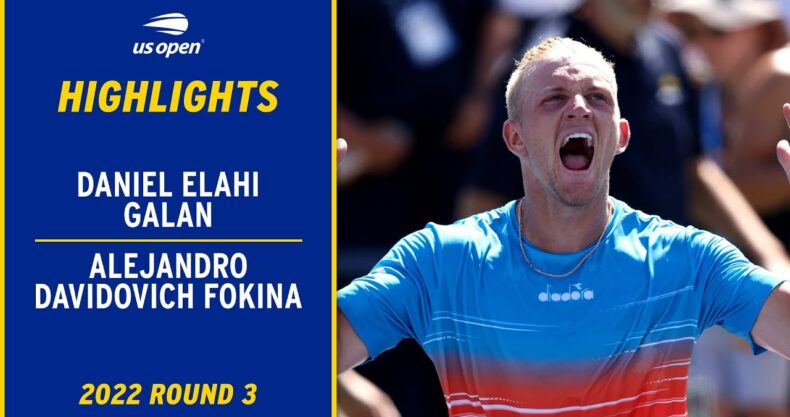 Watch the highlights between Daniel Elahi Galan and Alejandro Davidovich Fokina in Round 3 of the 2022 US Open.