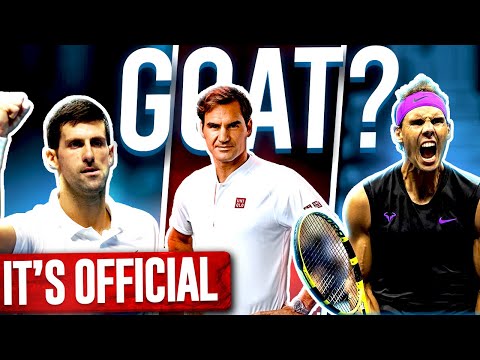 IT’S OFFICIAL: The Tennis GOAT Has Been Announced!

If you’re a tennis fan, at some point in your life you’ve been sucked into the GOAT debate between the big three of Roger Federer, Rafael Nadal, and Novak Djokovic.
The big 3 have dominated the Tennis courts on all surfaces, and even though there is a surge of younger players challenging their status at the moment, they are still sitting comfortably on the Tennis throne, and the biggest proof of that is Rafael Nadal’s recent Australian Open championship!
In 6 months, Rafa got off the crutches, got back in form, and was ready to compete on the biggest tennis stage in the world.

Inspired by Underdog To Champion – The Rise Of Carlos Alcaraz

For copyright matters relating to our channel please contact us directly at : luxurypluschannel@gmail.com