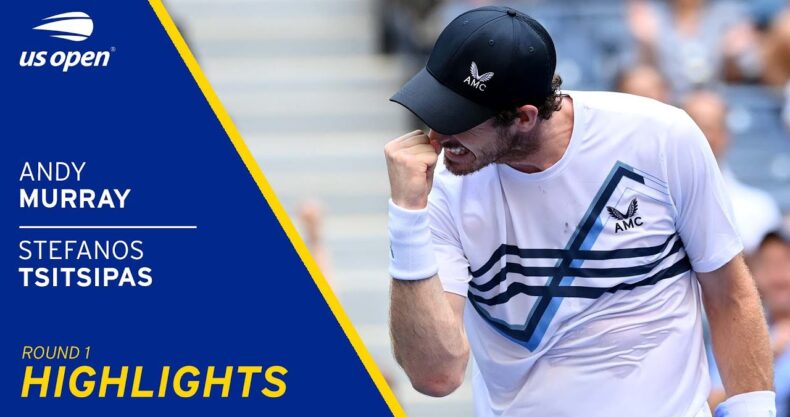 Andy Murray vs Stefanos Tsitsipas Highlights | 2021 US Open Round 1